If you want innovation and breakthrough performance, you should set Almost Impossible Goals – goals that you think only have a 1% chance of being accomplished and you don’t know how to do it.

So how does this work?

You set the goal and then start thinking of new ways to go about it that you never thought of before.  Try to get others to help you out.  Here’s an example. 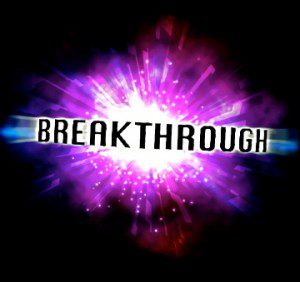 When I was a doctoral student at Ohio State I had an assistantship in the campus fund-raising office where they put me in charge of a project that had not been raising much money recently.  We set an aggressive goal of $50, 000 and we beat it by raising $62,000.  Then I started learning about Almost Impossible Goals.

For the next year, I set a goal of raising $150,000 – and I told no one.  I started thinking about how we could do things completely differently to raise that amount.  And I started meeting with people I worked with and asked “Wouldn’t it be cool if we did WAY better than last year?  What would we have to do differently to produce a real breakthrough in our results?”  I never told them my actual goal, lest they think me daft.  But, they did start coming up with ideas.  After a few weeks I had a totally new design for the project – a new methodology about how to raise the money.  I took it to my boss and she approved it.  We ended up raising $143,000 that year.  We were short of my goal, but more than double the previous year.

Here’s another option.  The next time you and your team are gathered to set your annual goals, go ahead and do it the way you always have.  Then when you are done, ask them for another thirty minutes of their time to do a little brainstorming.  Say to them:

“Let’s imagine we can get into a time machine and set it for one year from now.  Then we when arrive we find that, somehow, we produced FIVE TIMES better results than the goals that we set.  Here’s my question for you:  What new, different, and amazing things must we have done during the past year that allowed us to produce those results?”

Then let the brainstorming commence.  If you come up with some new ideas that have promise, then try them out and see if they help you produce some breakthroughs.  This is a way to “softly” introduce the idea of Almost Impossible Goals, and you can build on the approach from there.

To fully leverage the power of Almost Impossible Goals we also need to conquer our fear of failure.  More on that next time.  Meanwhile, try some Almost Impossible brainstorming with some of your colleagues and see what kinds of new ideas you come up with.