It’s been coming for more than five hundred years and it has reached many organizations already.  If it has not reached yours yet – then maybe you need to start the revolution.  It’s the overthrow of Hero Leadership.

The revolution has its roots as far back as the Protestant Reformation in the 1500s.  Part of the “reforms” involved people saying they deserved direct access to understanding God’s will and it did not have to be discerned through a Priest.  This shifted the role of clergy.

The same sentiment swept Europe with the overthrow of monarchies two hundred years later. People wanted direct access to decisions on how they were governed.  This has certainly shifted the role of Kings and Queens. 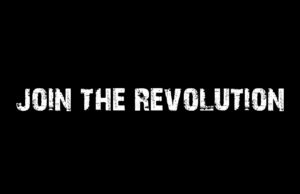 Another two hundred years later the revolution has finally reached companies, government, and nonprofit organizations.  People want direct access into how their organization is run.  It is the end of the boss being the Hero who is supposed to know everything and make all decisions in her or his “divine” wisdom.  It’s not the end of hierarchy and I am not saying that all decisions will be made by consensus or majority vote.  But it is the beginning of making sure that people are afforded a meaningful voice into how their organization is run.  The role of the "boss" has to shift to be more facilitator and collaborator -- less "King" or "Hero."

Gurus like Russ Ackoff and Gary Hamel have been foretelling of this change for years.  Ackoff called it a “democratic” form of organizational structure.  You can read more about Hamel’s views in his regular newsletter or see an example of how he influenced Cisco to make “democratic” changes in this article from Fast Company.

Do the people on your team feel like they have a meaningful voice in how your organization is run?  Are they regularly given the opportunity to share their ideas at the strategic, as well as the operational level?  Do they feel that their opinions count?

If you answer “no” to these questions, then I am suggesting that you are losing out on a lot of potentially good ideas for improving your performance.  It today’s complex environment, we need to harness the talents of everyone on the team.  Moreover, the most talented people have more freedom today to move to organizations which appreciate them.  You run the risk of losing your best people to those who will involve them more.

Democracy.  How revolutionary!  Power to the People.