On May 25, 1961, President John F. Kennedy – in a speech to a joint session of Congress – announced the goal of landing a man on the moon and safely returning him to Earth.  For those of you not alive in the 1960s, it was a magical time.  “Could we do it?”  As every Apollo mission moved forward, the anticipation grew.  And, of course, there were setbacks.  But – on July 20, 1969, we made it! 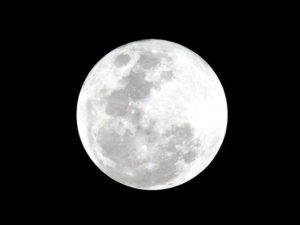 When President Kennedy announced the goal, many in the scientific community thought it was impossible to achieve – and certainly not in the time frame he set.  But others were inspired to go for it.  New technologies were invented and the entire country was proud, and inspired.

There were none more inspired than the U. S. Congress.  Brimming with confidence, they decided to apply the same Almost Impossible Stretch Goal mentality to another urgent national issue – the scourge of cancer.  They passed a resolution to “cure cancer by 1976 as a fitting celebration for the bicentennial.”

So, what gives?  They set the goal, but cancer is still not cured – why?

First, Almost Impossible Goals will generate creativity toward their achievement, but there is no promise that the goal will be fully achieved.

Second, even though a goal may not be fully achieved it can still lead to great progress.  I will give you a very personal example.

Last year when I had my annual physical, my doc was looking over my chart.  “Wow, you were diagnosed with cancer in 1983.  You know, had that happened ten years earlier you would probably be dead right now.”  Okay, that was a sobering comment.  Then he added, with a smile, “We came up with a lot of a great new drugs in the 1970s.”

So, while we have not yet cured cancer, we have made a lot of progress and I am very thankful for that.

FYI – I officially celebrate my 30 year anniversary of my cancer diagnosis on this Sunday, February 24.  Feel free to have an extra drink this weekend to celebrate with me.