I am blogging today from Columbus, OH, home of one of my alma maters, The Ohio State University.  Later today I will be doing a one day workshop based on the Mission Impact book entitled “Clearing Hurdles to Innovation & Strategy” for about sixty-five nonprofit executives from Central Ohio. 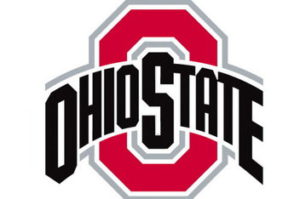 Usually when I visit here, the buzz is about football or basketball.  But not today.  The buzz is all about the recent announcement of the retirement of the incredibly popular Ohio State President Dr. E. Gordon Gee.  In case you are one of the few people on the planet who have not heard about the recent controversy surrounding Dr. Gee, negative comments he made about other universities at a meeting of Big Ten presidents and athletic directors back in December recently became public.  Depending on your perspective, the comments were either “unfortunate attempts at humor” or “mean spirited.”  Regardless, they factored into his decision to retire.

Dr. Gee is an incredible leader.  I had the opportunity to meet him when he first became President in September 1990 and I was a Ph.D. student at Ohio State – he is an amazing, charismatic leader.  He has led the university impressively and with impact.  He has thousands of fans in the Buckeye world.  TIME magazine named him the most outstanding President of a university in 2010.

And yet, these comments helped to bring him down.  What can we learn from this?

I recently read where someone said:

This advice is incorrect in one important way.  Doing something good, does “give you a pebble.”  But doing something bad can cut your pocket open and all the pebbles will fall out.  We have certainly seen this with other public leaders (e.g., Eliot Spitzer among many others) whose acts are far, far, more egregious than Dr. Gee’s.

If we want to lead others – or causes – we need to be ever vigilant to monitor our behaviors and censor actions which can cause the loss of our credibility.  Otherwise, we will be unable to help make the Mission Impact to which we are committed.  Leadership is fragile.