This blog has nothing to do with strategy, leadership, or teamwork.  Then again, maybe it does . . .

I moved to a new neighborhood a couple of years ago.  This changed my commute and took me down a street with a crosswalk in the middle of a very long block.  I wasn’t used to a crosswalk that was not located at a street corner, so I did what everyone else did – I sped past the crosswalk even though there were people standing there waiting to cross.  I figured they would just cross when the traffic died down. 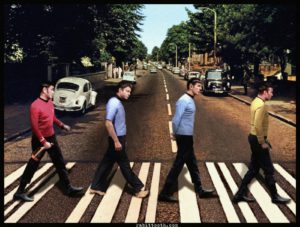 Then one day, a guy gave me a particularly dirty look as I drove past the crosswalk.  I mentioned this silly man to a friend when I got to work.  “Well, Rob, that’s because it is a state law in Maryland for cars to stop at crosswalks when people are waiting to cross.”  What!?!

Sure enough, I had been breaking the law.

But later that day, I had another insight.  Not only was I breaking the law, I was being a real jerk.

I was in such a hurry to get home or get to work that I didn’t realize that these people were – essentially – being held hostage by me and the other cars on the street.  I didn’t think about their situation – how they would have to wait quite a while for the traffic to die down.  And with the current cold weather we are having that is no fun.

I am now a crosswalk convert.  I hope people are waiting to cross so I can stop and, thereby, encourage the other two lanes of traffic to stop as well.  I get many appreciative smiles and waves from people, which is way more gratifying than getting home sixty seconds earlier.

The bigger lesson for me is to remember to pay real attention to what is going on with other people in my world.  It is easy for me to get self-absorbed with my goals and plans.  I try to remind myself to slow down and look around to notice, appreciate, and empathize.

I think this probably makes me a better teammate.  And it certainly makes me less of a jerk.