This blog looks at another “A-word” to fill out the SMART recipe in which the other letters are Specific, Measurable, Relevant, Time-Bound.

Last time we looked at “Attainable" goals as an “A” option.  While there are some good reasons to use “Attainable” goals, I pointed out that one important finding from the goal research is:

To leverage this finding, my friend Doug Smith uses “Aggressive, yet Achievable” as the “A” for SMART in his excellent book, Make Success Measurable.  The more difficult a goal is set, the more persistent and creative people will be.  They will work harder and perform better.  These are the reasons for setting “Aggressive” goals versus easier “Attainable” goals.

If you are setting goals for yourself, then you will improve your performance by using the Aggressive SMART formula versus the Attainable approach.   The exceptions are if you want to want to build some momentum with some “easy wins,” or if you are setting Learning Goals where you are in new territory, or if you are concerned about getting discouraged.  But if none of these circumstances apply, then set Aggressive goals and watch your performance improve. 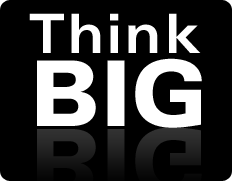 However, if you are a boss and you want to implement Aggressive goals for your team then you need to do so carefully.  The first thing you need to look at is your reward system.  Do you punish failure?  If so, then you can expect lots of push back on Aggressive goals.  People will want goals that are easier so they are not punished for failure.

What should you do?  I suggest that you change your reward system to reward performanceinstead of success.  What’s the difference?

Rewarding for performance starts with setting outcomes for your direct reports.  See my earlier blog about this for more details.  Then you can reward them for their actual performance rather than if they meet a particular goal.

Here’s a quick example.  One of the easiest areas to set outcomes for in the nonprofit world is fundraising – the outcome you want to reward is “dollars raised.”  Many nonprofits use a reward system based on “did you meet your goals for the year?”  By doing that, people are motivated to set an Attainable goal.  They will set a goal that they are sure they can meet so they get rewarded.

As the boss, you have to ask yourself what you really want.  Do you want your team to set a goal of improving your $100,000 annual fund by an Attainable 5% and having them produce the $105,000 successfully?  Or would you rather give them the freedom to set an Aggressive goal of a 15% improvement and then having them produce a result of $112,000 that does not meet the goal?  The answer is obvious, but you – as the boss – need to shift your thinking and change your reward system to allow for this.