Many of us were very pleased in 2013 when the BBB Wise Giving Alliance, GuideStar, and Charity Navigator launched The Overhead Myth campaign – their effort to dispel the notion that nonprofits should operate with very low staff and infrastructure expenses.  I believe that slow progress is being made in this arena.  But now the Wounded Warrior Project controversy has come … END_OF_DOCUMENT_TOKEN_TO_BE_REPLACED 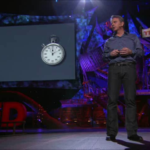 As reported in my last blog, my friend John Thomas and I facilitated a session on Dan Pallotta’s TED Talk at the recent Bridge Conference.  The participants had such great insights that I asked John to join me as co-author of this week’s blog to provide some of the highlights of those comments.  Thanks John!  Here is our report: *We – nonprofit executives – need to get … END_OF_DOCUMENT_TOKEN_TO_BE_REPLACED 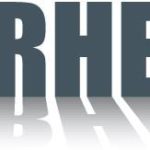 You are probably one of more than 2 million people who have viewed Dan Pallotta’s TED Talk “The Way We Think About Charity is Dead Wrong.”  If not, you better get with it! Tons has been written about this talk.  Pallotta turns some people off, but one thing is for certain – he has gotten people’s attention! Tomorrow, my friend John Thomas and I are presenting a session on … END_OF_DOCUMENT_TOKEN_TO_BE_REPLACED