Many experts agree that the first step in leading a change is to create a “sense of urgency” among those who need to help make that change happen.  But how do you do that?

One of my favorite recipes for creating a sense of urgency is an approach invented by Dr. Russell L. Ackoff, which Russ calls “Formulating the Mess.” 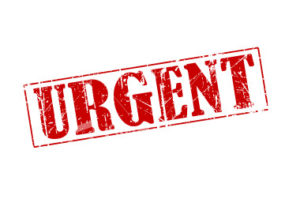 Russ says is that in order to get people to change, you need to need to very graphically show them what a “mess” they are going to be in during the future if they don’t change what they are doing now.  He recommends articulating a very clear future, which extrapolates current trends, and gives a specific picture of what the future will look like if change does not occur.  In fact, Russ says that “it is critical that the mess be presented in as realistic, as believable, and as shocking way as possible.”*

An example Russ gives is work he did with leaders of labor and management at an Alcoa plant in Tennessee who could not get others to understand that both sides in their contract dispute had to change their hard line positions.  They printed fake copies of the town newspaper, dated four years into the future, with the headline “Blount County to Lose Alcoa Plant and 2,300 Jobs.”  The lead article went on to explain the amount of money that the company would lose and the devastation to the local community economy.  Not seeing the date immediately, many people thought the paper was real.  The effort had its intended effect and both sides changed their demands.

I only wonder what might have happened if some leaders from the historic -- now defunct -- nonprofit, Hull House in Chicago, had done something similar years ago when their financial problems started.  Maybe they would have made the dramatic changes necessary and would still be around for the kind of people in need they had served since 1889.

Does your organization need to make significant change?  Show others the “mess” you will be in during the future if you don’t.