A number of years ago I was flying to Rockland, Maine with a couple friends and we needed to take a small puddle jumper for the final leg of the trip.  Before we took off, the pilot got out a ladder and went over to the wing near the window where we were sitting.  Then he pulled out some duct tape and applied it to something we could not see on top of the wing.

Duct tape as a “fix” to the wing of an airplane?  We kind of shrugged at each other, the plane took off, and we landed safely.  Over drinks later, however, we decided it was really dumb to not at least have asked what was going on! 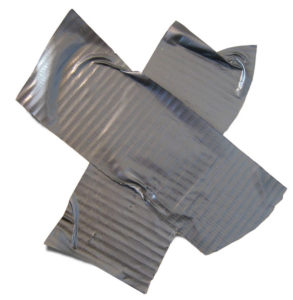 How often does this happen in organizations?

My good friend, Dr. Gerald Suarez, has a favorite comment when discussing organization dysfunction: “They are tinkering with an unstable system!”

I love it.  “Tinkering with an unstable system.”  So often that is what happens in organizations!

Here’s how to avoid it.

Create a vision for your organization in its ideal state – describe what it would it look like, right now, if your resources were unlimited and you had no obstacles to making it happen.  Dr. Russ Ackoff used to call this an “Idealized Design.”

Once you have your “ideal” in mind then move toward that.  Rather than fixing problems with bailing wire and duck tape when they arise, develop new systems, programs, and processes that take you toward the “ideal” you have invented.  It's the difference between being proactive and reactive.

If you do this, you will stop “tinkering” and begin taking your organization toward a future where you can make even more of a Mission Impact.