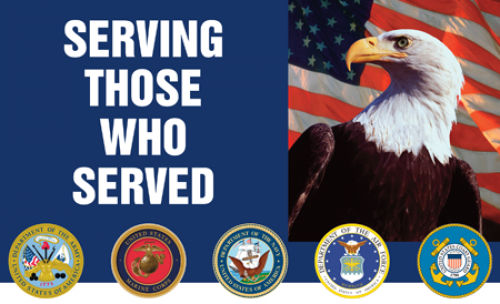 Many of us were very pleased in 2013 when the BBB Wise Giving Alliance, GuideStar, and Charity Navigator launched The Overhead Myth campaign – their effort to dispel the notion that nonprofits should operate with very low staff and infrastructure expenses.  I believe that slow progress is being made in this arena.  But now the Wounded Warrior Project controversy has come along to muddy the waters for the general public.

In late January, both CBS news and The New York Times published stories that criticized WWP for exorbitant spending on staff conferences/travel and that overhead that is too high.

I don’t know about you, but my Facebook page was on fire with so many people declaring they would never again give to WWP.  Even Gary Trudeau trounced WWP in his weekly Doonesbury cartoon. (And when he takes time away from mocking his favorite target, Donald Trump, you know you are in trouble.)

The WWP Board fought back by conducting its own internal investigation into the allegations.  They found that many of the accusations were not true.  However, they did report a need to improve staff travel policies.  And they announced that “the Board determined the organization would benefit from new leadership.”  The CEO and COO were removed from office.  But no further explanation was given.  Hmmm.

Soon thereafter, a report from The Charity Defense Council – a group which seeks to educate the public on the realities of nonprofit finances – issued a report that is critical of the news media coverage and also of the WWP Board not giving a full explanation of why the CEO & COO were fired.

But then, a few days after the CDC report, Nonprofit Quarterly reported in an investigation that WWP made a $150,000 grant to CDC in 2013-14 that was 85% of CDC’s revenue for the year.  And that the now former WWP CEO is on its advisory board.  What?!?

What is going on here!?!

First, there is clearly a lack of transparency, full disclosure, and accuracy on the part of a lot of people – the news organizations, WWP, and CDC.

Next, if you read all of the news accounts, there is a smack of arrogance from both the WWP Board and former CEO as they defend themselves.

This is not the way to build public trust!

The Point: as we seek to educate the public about the importance of adequate infrastructure (not overhead) and staffing, we need to understand and appreciate the general public perception that expenses in nonprofits need to be kept low.  We need to respect the view even as we engage it and work to change it.  We need to be transparent and cannot be tone deaf to public perception.

It is going to take patience and time and lots of work for us to educate the public on the value of appropriate salaries for quality staff and solid infrastructure for nonprofits.  If we do it with candor and transparency I believe we will get there.

Meanwhile, we shall see what comes of WWP.  All I know is that there are many, many wounded veterans in our country who need assistance. And we need to figure out how to appropriately serve them as they served us.